In the past few hours has been released Telegram 5.9 for Android and iOS, which brings with it the stickers animated.

For the uninitiated, the stickers have arrived on Telegram as far back as 2015. As well as, in reality, is already at the end in 2018, they spoke of their introduction, in fact, inside of our channel Telegram we had already talked about and anticipated their arrival.

After months of intense work, tests and against tests, finally Telegram beats rivals WhatsApp and Facebook Messenger, by introducing this innovation not only within the mobile client, but also within the desktop client. 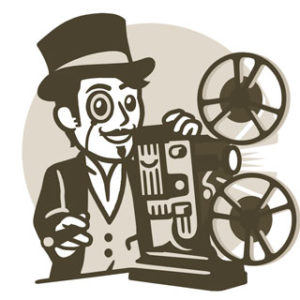 The developers involved in the development of Telegram have made many tests and experiments in search of the correct parameters for vector graphics, methods, pack, all in packages, beautiful and, above all, have had to study and find the right system to create the format. TGS is based on the Lottie.
Each sticker is approximately 20-30 Kilobytes in size, and is six times smaller than the average photos.

Thanks to various optimizations, stickers, animated consume less battery compared to the GIF, and operate at a speed of 60 frames per second.

Stickers animated: rules for the creation of a pack

I imagine that many would like to start building their own sticker pack animated, so what you have to do is follow these small directions, that already a few days ago, we had anticipated within our channel Telegram.

Therefore, to achieve a stickers pack animated, as the first thing you have to download and install inside of your computer the software Adobe After Effects, the second thing to do is to “change” slightly in this vector graphics editor by installing the needed plugin to export animations in Adobe After Effects format .TGS.

At this point, you have to take into account these limitations:

Well once you have complied with these rules and, above all, after you have finished all the stickers, animated to make it part of your package, you must log on to the bot @stickers and click on the command /newanimated, and then proceed with the creation of the set.

Thanks to David S. ©, you can try a preview of the stickers pack animated InsideTelegram, just click here.

We can say that officially concludes the presentation of the Telegram 5.9 for Android and iOS, also because there are other new details to be reported if not some tweaking here and there, a few bug fixes and some other small nonsense under the dash. What is certain, is that Telegram 5.9, together with the whole release cycle from version 5.5 onwards, have allowed this application of messaging evolve, offering more, listening to any advice from the community. Surely there are many other things to do, and maybe the stickers animated could wait, but it is still true that an updated application with consistency creates much more interest than one that is not updated with anything serious in months.

We, as usual, I and all the team, we are waiting on our official channel on Telegram. Then if you have a few seconds to tell us your opinion on this update, we wait for you here under.

Offer us a coffee!

Offer us a coffee!